In just 11 days, the global festival juggernaut that is Sensation will land at Spotless Stadium within Sydney’s Olympic Park.

With headliners such as Deadmau5, Dimitri Vegas & Like Mike, Showtek, Oliver Heldens, and Fedde Le Grand, the festival is gearing up to be one of the biggest EDM events the city has seen in years.

But the names on the bill are only a part of what Sensation has in store. They’ll be bringing all the power and might with one of their biggest global productions: think kilometres of LED lighting, massive audio towers, C02 cannons, and pyrotechnics like you’ve never seen before.

“The attention to detail ID&T puts into Sensation is incredible,” Sensation Australia’s Simon Lovell told inthemix. “All up including setup staff, DJs, performers and logistics, there are over 200 people working behind the scenes on Sensation Australia next week.” 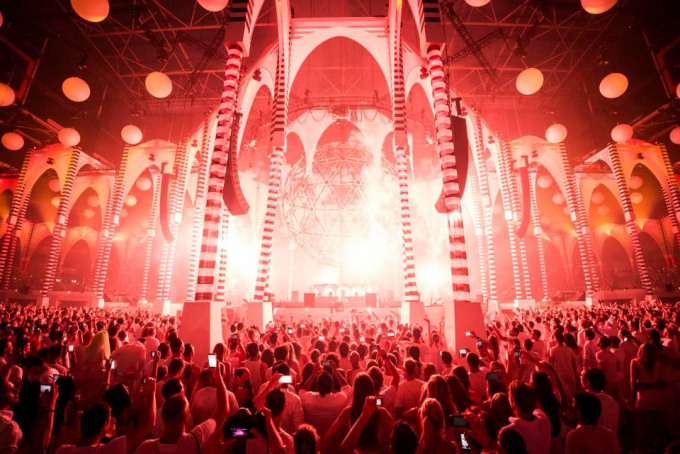 “The setup will begin this Sunday with over 100 crew,” adds Technical Producer Arian Yeganeh.  “It will take us one week with perfect weather to build.”

As for what they’ll be building? That would be the biggest outdoor festival stage in Australia’s history. “The stage is over 88 metres wide, and includes more than 1 kilometre of LED tubes especially designed for this unique outdoor edition,” Simon says.

The accompanying sound system will also be one of the largest an Australian festival has seen, with 10 audio towers set up on the grounds.

Of course, being an EDM festival, there’ll also be a lot of bells and whistles: “There will be over 1000 individual pyrotechnic shots and over 23 C02 jets, plus a wide range of special effects including over 200 kilos of confetti and streamers,” says Simon.

As for whether Deadmau5 will be bringing his Cube 2.0 for his headlining set, Sensation just said: “We’ll have to wait and see.”

For a look at just what you’re in for, watch their 2016 Amsterdam aftermovie below. Sensation hits Sydney Olympic Park on November 25, get your hands on tickets here.

Eromanga: Life in the Prehistoric Sea